Unicorn Meat, Klingons and ERP Platforms – All the Write Moves: Part 1.1b 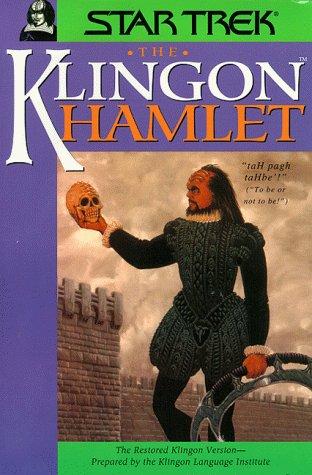 ta’ jegh – That’s Klingon for “Content is King” (hey, don’t tell me you didn’t learn something today!) But unless you are at a Star Trek convention, that piece of unearthly wisdom is likely not going to earn you any merit badges of mainstream social inclusiveness or even build personal equity for your ascent up the Corporate ladder. Don’t believe me? Go ahead and infuse a little awkwardness by dabbling in Klingon speak with your friends over a beer, or perhaps during your next Quarterly Business Review. But I digress…

Point is, as a Demand Generation professional, I find myself constantly swimming in the deep end of the content marketing pool – and I come across some great examples of extremely well-written, engaging and impactful pieces and then some, well – examples that might have well been written in Klingon. And all too often it comes down to missing what is typically rule #1 in writing: KNOW YOUR AUDIENCE! (Oh how my High School English Teacher Mr. Stroud would be so proud of me for that – except my grammar still stinks and I misspell werds still – but according to Mark Twain, that’s just fine.)

Do You Understand the Words Coming Out of My Content?
I spend much of my day targeting SMB – Sane Marital Blissfulites – ok just kidding (far too narrow of an audience); SMB – Small and Midsized Business. But should I make the assumption that you know what SMB meant? Sure, a portion of my intended market knows exactly what SMB stands for, while surprisingly enough, a large portion of my SMB contacts see me refer to them as an SMB and are then more confused than the dog who caught the car. Industry lingo is important, just be careful speaking in acronyms because, OMG – it can be tough to get the point across to someone who sees you as making an A2O comparison when you are just trying to BD a BLT for a new FLA….ok then, TLAR!

Further, if the intended target audience spans wide, perhaps across several roles, don’t be afraid to dumb things down or repurpose a technical piece into a version with more “common-speak.” We all know you are super-smart, and relating is good – but overdoing it can have negative consequences. When you feel the need to define something, keep the language simple. Getting overly technical in a definition is merely akin to just speaking louder and slower when someone of foreign descent doesn’t appear to understand the language you speak. One of you will become frustrated and walk away.

Yum – a Trail of Breadcrumbs! 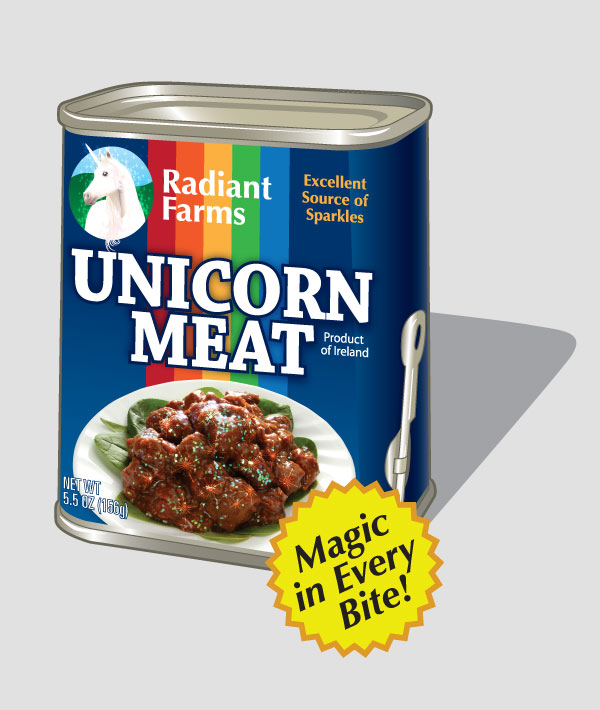 Do me a favor – the next time you are on Amazon.com shopping for Unicorn Meat – take a few minutes to look at some of the buyer comments on the product. It’s hard not to become enveloped in such sick-minded, insanely funny and yet insightful musings. You feel the need to move on to the next review, even clicking on an author to read what else they’ve reviewed elsewhere. Sure, perhaps it’s because I’m the reader, but bizarre folks like me are who they are writing this for. This is the trail of breadcrumbs in your storytelling, that if done right, leads your prospect right down the path you intend them to walk. You want them asking “What’s next!” In the Amazon case it’s not necessarily a linear story path, as each passage allows you the reader to choose where to go next (you could wind up buying something they are selling!) When you write, you may choose to reference other pieces of content you’ve authored (with a hyperlink) so long as it’s not a gratuitous mention – it should make sense in helping advance the main story. (Ed. Note – unicorn meat; it tastes just like chicken).

Knowing your audience will also help you determine a tone to take in order to better relate.  Can I take “chances” with this audience, might humor or odd-references work, or is it technical speak all the way? For example, for all of you reading up to this point – let me first apologize for the minutes you’ll never get back. And second, I’d like to take aim at an audience who was brought up in the 80’s with HBO serving as a de facto babysitter (like me) – “I want my two dollars!” I bet a couple of you know exactly what that is from – we now relate in some very odd and almost uncomfortable way – you are on my strangeness spectrum, welcome! We can probably talk for hours about the minted-out awesomeness of 80’s flicks, in fact, I’m going to make one more 80’s movie reference later on. If I’m lucky, you might just read on to find out what it was (I bet most of you have no idea either of these.) Relate to your audience creatively, empathetically or with hard facts and they’ll begin to feel you understand them. (No cheating you Googlers!)

More Content Online than Stars in the Universe – Go Narrow, Go Relevant!
My former employer, SAP, I feel does a masterful job in the content space as far as relevancy goes. When you have a chance, go to their site and download one of their seemingly billions of pieces of content, and you’ll know within two lines of reading or watching a video that much of their content is likely not intended for you. But to their target audience, the content is often the first step towards pain relief. Some of their upper sales funnel content exists as empathetic industry/role specific imagery of the hell SAP’s prospects currently reside in on a daily basis. And then, they magically tie the situation to a potential future optimal world of productive, efficient and effective heavenly revenue-hitting bliss without having to go “selfie city” by overly talking about themselves. To the right audience, content about ERP Platforms, Shop Floor Management and Business Planning and Consolidation solutions reads the equivalent of some Tahitian travel getaway brochure you and I would be swept away by – it’s all about the beauty of the destination (you don’t immediately fret the plane trip, packing and such!) And this didn’t happen overnight, in fact, verbiage once entirely designed for mainly C-level IT contacts is now written to entice specific decision makers and influencers alike in every role across the organization. After all, not everyone envisions white sandy deep blue ocean beaches as the ultimate destination. I’ll see you in a hammock at the end of the sales funnel! 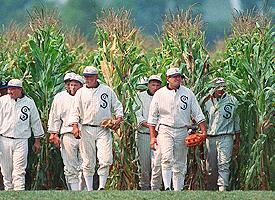 If You Build It… Will they Come?
If a tree falls in the forest… and a piece of perfect content is created… think you get where I’m going with this. This is a different discussion completely that involves the distribution of well-written content – but still, the more targeted and impactful and the more it answers the questions that are being asked by an audience, the better the odds that someone hears that falling tree, via sharing or searching… they’ll be drawn to the middle of the forest. They’ll be engaged!

So that’s just a few pieces of advice, there is so much more that can be offered up, and I’ll save for another time. Just two questions for anyone who made it this far.

1 – How many of you stopped to look up those acronyms earlier? I took you off my blog – not a good thing, and some of you may not have come back to read the rest of this! But I do recommend links to other pieces of your OWN content – think trail of breadcrumbs! Never leave the reader wondering “now what?” Show them “what’s next!”

2 – Do you know who my intended audience was with this piece. If you said “anyone with a pulse and an inkling to write something” then winner winner chicken dinner to you! In all seriousness, it was meant for any of us marketers who are writing more than they ever were. Listen, not all marketers have a journalism background – I certainly don’t (hope you figured that out by now!) We’d like to think we are expert writers, but most of us need a second set of expert eyes on our copy – don’t feel bad, you are in the majority. There is so much journalistic talent to take advantage of out there, seek it out or check out a content vendor or two if you can!

And for the record, and likely to the chagrin of someone I’m a fan of (@GeorgeTakei) – I have to admit that I haven’t seen any of the recent Star Trek movies, in fact, I believe the last one I saw was “The Wrath of Kahn” (Kaaaaaaahn!) So for now, this neo-maxi-zoom-dweebie will chaw’ nerd qaStaHvIS tlhe’ or “turn in my nerd card” due to my Star Trek movie neglect. And then I’ll just go boldly to where so many marketers these days go – onto developing that next piece of content that is hopefully magical with every bite!

This site uses Akismet to reduce spam. Learn how your comment data is processed.